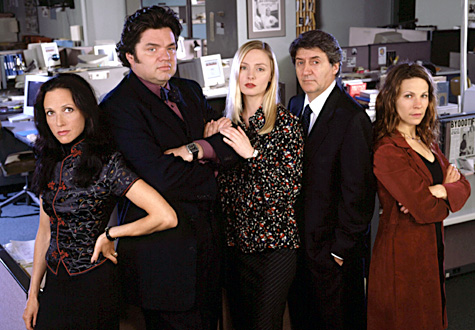 In “Deadline,” the stories of crimes and heroics went from the police precincts to the offices of the New York Ledger, showcasing the journalists behind the publication that graced the desks and newstands of “Law & Order.”

“Deadline” was created by Dick Wolf and executive produced by Wolf and Robert Palm for NBC.