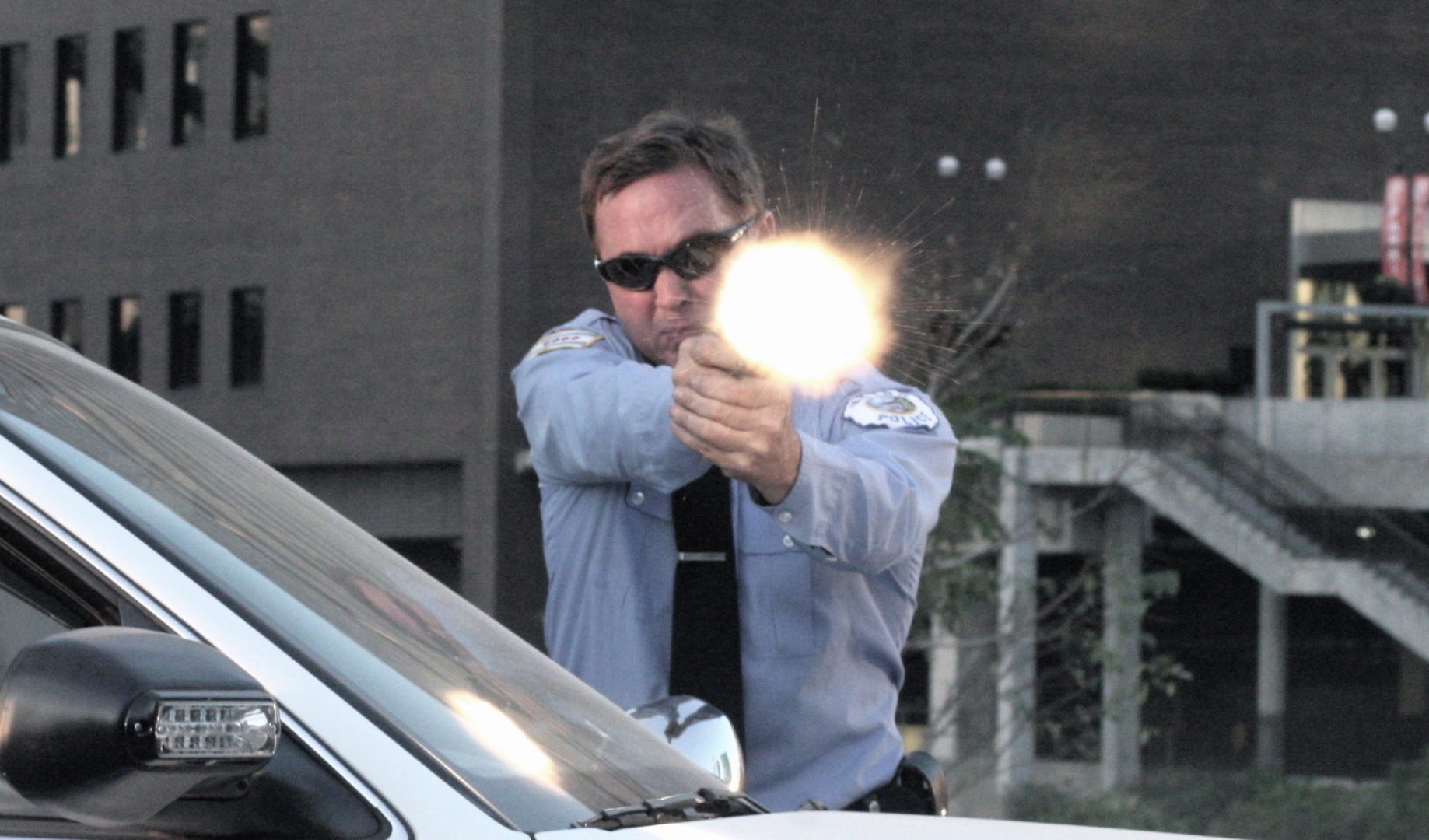 As the Stunt Coordinator on Chicago Med, Chicago Fire, and Chicago PD, Rick LeFevour has become an integral member of the Wolf Entertainment universe. Rick’s expertise has helped define action sequences as we know them on the Chicago shows and we sat down with the Chicago native to get a behind-the-scenes look at his action-packed role. 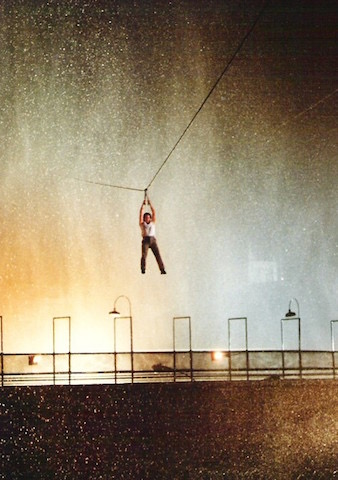 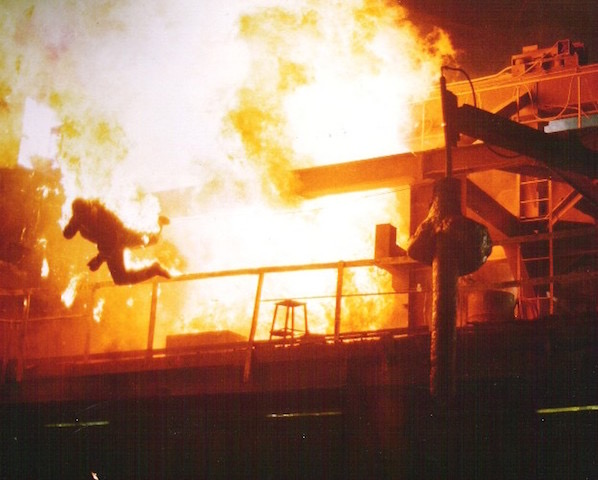 Q: How did you first get involved in stunt work?
A: I wanted to be a cowboy. I didn’t know anything about the film business, but when I was growing up that’s what was on TV, so it was my dream. I met a guy who had horses outside of Chicago – he let me ride his horses, and he knew a guy who worked for Leo Burnett, who did the Marlboro ads. He said this guy rounded up 600 wild horses in South Dakota and he’s letting people come out there and fill in for parts of movies. Since I was riding this guy’s horses he said, ‘hey I’ll take you with me if you help take care of the horses.’ I was 16 years-old and went out to South Dakota and they rounded up all these wild horses for the Indian reservation there and they had an auction for them. We rode them about 100 miles so it was a real type of Western deal. There were a bunch of actors, Slim Pickens, Joel McCray, and they were shooting print ads for Marlboro cigarettes, and they were doing a Steve McQueen movie called Junior Bonner. So that was my first exposure to film. Then I met a world-champion cowboy named Casey Tibbs who took a wild west show to Japan. When I graduated high school I went to live in Japan for a year and that’s where I started doing stunts, horse stunts and rodeo type stuff. That’s how I got into the film business.

Q: How did you get involved in the Wolfpack?
A: I had worked with John Rollman, one of the producers, before. He called me, he knew I’d worked on Backdraft and other shows like Ladder 49, shows with big fire features. He said he was trying to get this fire show with Dick Wolf into Chicago and wanted to know if I was interested. I said I would do what I could to help make that work in Chicago, so that’s how I got started with the show.

Q: What are the differences in doing stunts for Fire vs. Med vs. PD?
A: Well in Fire, we have a lot of fire on the show. Making that all safe for our actors and crew is always a challenge. Fire is probably the most challenging because we’re doing high falls and stuff like that…if you make a mistake it’s usually someone gets hurt or it could be fatal. If you mess up doing a high fall or you mess up with fire, there’s no movie fire. It’s all real fire. On Mr. Wolf’s shows, they like very little visual effects. We do about 99% real fire compared to fire shows on other networks. We build sets that can take a lot of fires. We see all the interiors on our show. That’s all real fire. Our guys have worked out where we can have victims in the fire to where everyone’s safe.

On PD, they do a lot more car chases, gunplay, fights, weapons handling. We’re constantly doing interesting fights and more car chases on that show, which is always fun too.

Q: Which show involves the most stunt work?
A: Fire and PD are pretty busy shows. There are more challenges for Fire because we are dealing with real fire and high work…people are hanging off things. This year we had to reenact something that happened in Chicago years ago with a guy named Spider Dan who crawled up the old Sears Tower and the Hancock building. We had a stuntman climb up the side of the building, he was up 30 or 40 floors, and we had to make it look like he actually scaled the building, which he did free climb for a while. It’s always a challenge to get people up. Those are the two most dangerous: high work and fire.

Q: Which cast members like to do their own stunts (as much as possible)?
A: I’ve been blessed on Fire. Jesse Spencer and Taylor Kinney want to do everything. We put those guys through rigorous training years ago. At first, the equipment was foreign to them, but now they know how to work everything that a fireman would do. I don’t want to say they could go out into a house and throw out a fire, but I think they could…they have all the instincts. They know what’s right and what’s wrong. I’ve been lucky that way with the other cast members too; they all want to get in there and try it. In eight years, I had none of our core cast members actually not participate in something; they all want to get involved.

Q: Are there lines between allowing an actor to do a stunt versus a professional coming in?
A: I always want to give our guys those hero moments, but we want to see them every week. If a stunt guy broke his arm, the show could still go on. I believe the stunt guys are just as important as the actors so I don’t want that to happen, but the heavier stunts…the actors are smart enough to know when to back off and let the professionals do a little bit too. A lot of the guys on our show are very physical and they have that ability and timing, but it’s up to me, the producers, the assistant directors and there are some guidelines from the studio now. We all come together to make a decision. If I think that I could put Jesse Spencer or Taylor Kinney in a spot and you actually see them do stuff, like they’ve done a lot on the show, we’ll do it. I tell any actor or actress if you’re not comfortable doing something, don’t feel pressured. A lot of young actors think they got to do it all just to make a mark. They think they know how it’s supposed to be done because they see the edited version of what we do. In time we can show them how to do it and not hurt themselves. Sometimes I say no, they’re not ready for it. Or there’s a chance this person is not focused enough to handle that. They could hurt another actor, like in a fight they could actually punch him by accident, so in that case, I’ll put a double in for the actor. Overall it’s about safety and getting an exciting scene.

Q: What role does fear play in your work?
A: An older stuntman said ‘the fear is the unknown.’ Once you know it, you know what to expect and how to do it right. With fear and adrenaline going up, you got to be able to control it. If the fear takes over and you’re not focused, that’s when you can get hurt. For me, I always have to see me making it, like those bigger high falls. Before I could do something I had to think through it and visualize it. But yes, you’re apprehensive, sure. You’re looking down 100 feet, you got to jump. These old stunt guys had the best line, they’d say, ‘look at the airbag, it looks like a poster stamp,’ and he’d say, ‘you know how to make it look bigger? Jump at it’.

Q: What is the biggest misconception about being a stuntman?
A: They think we’re all daredevils, which there is some of that, but we plan all these scenes in a lot of detail. It’s a job; you want a long career, you don’t want it ending in injury. Sure we push the envelope, we are adrenaline junkies. But we’re not just trying to do something crazy just to do it, everything’s been thought out pretty well.

Q: We have to ask, have you broken bones?
A: I have never broken one doing a stunt, but when I was rodeoing I broke my collarbone. I’ve been lucky; I must have strong bones. I should have broken a few, let’s put it that way.