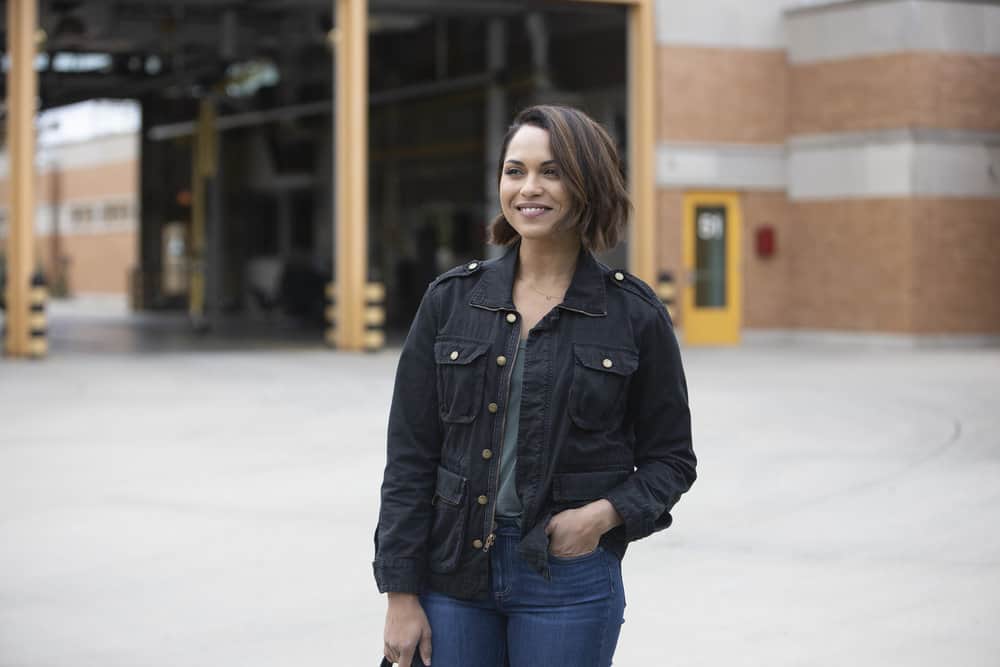 For many years, Monica Raymund has been an active member of the Wolf Entertainment team. We have seen her on the screen, most notably in her role as Gabriela Dawson on Chicago Fire, and behind the camera for her directorial debut on Law & Order: SVU. Monica recently directed the special FBI and Chicago P.D. cross-network event, which saw Hailey Upton (played by Tracey Spiradakos) added to the FBI team. We caught up with Monica to talk to her about her experience directing the momentous episode, along with her time working across the One Chicago franchise.

Q: You’ve already worked on many of Wolf’s existing franchises, now you’re directing this unprecedented cross-network episode of FBI. How has your experience working on this episode been different than others that you’ve directed?
A: This episode was especially different for a variety of reasons! I had the pleasure of introducing Hailey Upton from Chicago P.D. to the FBI world. I met Tracey Spiradakos when I was starring in Chicago Fire as Gabriela Dawson, so we were familiar with each other as actors, but hadn’t had the opportunity to work closely. It was a bit surreal, introducing a One Chicago character to the FBI world, because I was a big part of One Chicago for six years! I know the backstory of that world intimately and felt like I could integrate both worlds in an organic way. Being behind the camera for this special cross-network event was the most fun I’ve had on a television set!

Q: How did the opportunity to direct this episode come about?
A: Coming out of the Female Forward directing program at NBC, I directed an episode of Law & Order: SVU as well as an episode of FBI, so this was my second FBI episode. Since I have been in the Wolf world as an actor and director for quite some time, I knew I had to deliver a good FBI episode to the producers and I guess they trusted me enough to offer me a second episode. I happened to be available when they called and I accepted the offer right away!

Q: You had the unique challenge of introducing a new character into our established FBI cast late in the season, can you tell us a bit about how you approached doing so as a director?
A: It was really important for me to take the time to introduce Upton to the FBI world. Upton comes from Chicago P.D. and they do things very differently there. In order to highlight the contrast between the Chicago world and the FBI world, I wanted to treat the audience to a new perspective of FBI, as if we are experiencing FBI for the first time. To do so, we stay with Upton on her introduction to the JOC and are with her as she gathers/processes information on the case. Upton is a layered woman who knows how to handle herself, is tough as nails, and shoots it to you straight. I needed to really be with her through the episode, seeing the world from her point of view, and also experiencing OA’s perspective as he incorporates this new work partner into the fold. This episode is about showcasing how our heroes find their identity in the way they approach their work — each are unique, the worlds they come from are different, but at the end of the day they must learn to work together as a team and quickly build trust so they can save lives.

Q: You’ve worked with a lot of different production crews over your career, how would you describe the FBI crew?
A: The FBI crew is one of the hardest working crews in Hollywood. FBI is a big show and they shoot 12-13 hours each day. Also, they’re shooting in New York City and for those of us in Hollywood, NYC filming can be extremely complex. And they pull it off! They are led by an amazing team of producers who are incredibly invested in this show and their co-workers. Amanda Slater, Terry Miller and Rachel Cates are on the ground in NYC and take such good care of everyone, doing their best to support the story every episode. The DP Tari Segal has developed a style for the show that really separates it from so many other procedural dramas. The operators are some of the most talented I have ever worked with: the elegant use of steadicam (A-cam operator Afton Grant) and handheld is a crucial part of the storytelling on this show. It is always refreshing to see a group of artists and collaborators who are incredibly skilled at their craft and also enjoy working with one another. I feel very lucky I got to work with this crew!

Q: What were some of your favorite moments from shooting the episode?
A: One of my favorite moments was shooting the final loading dock scene of the episode. It was a night shoot and we had to be extremely efficient with our time in order to make the day. We never stopped moving. I had to drive that train all the way to the end. I absolutely love working under that kind of pressure. Maybe it’s because there is just no time for bull****. My ego gets out of the way and all that matters is getting the essential moments — it is my job to tell the story. Story first, always. So when the clock is ticking or problems arise, my adrenaline starts pumping and my artist cap is tightly fastened to my brain and I become utterly obsessed with crafting the world of the play. This is when I am most at peace — telling the story.

My other favorite moments were working with the actors to really find specificity and nuance in the scenes. I am an actor and will continue to be an actor, which I think serves me well when working on performances with other actors. I think it’s the theater geek inside me but I am extremely passionate about collaborating with actors and sinking my teeth into a script, discovering objectives within objectives, thinking through the events and activating the text in a way that rounds out characters and creates fully realized humans.

Being able to work with skilled actors like the cast of FBI was so fulfilling. 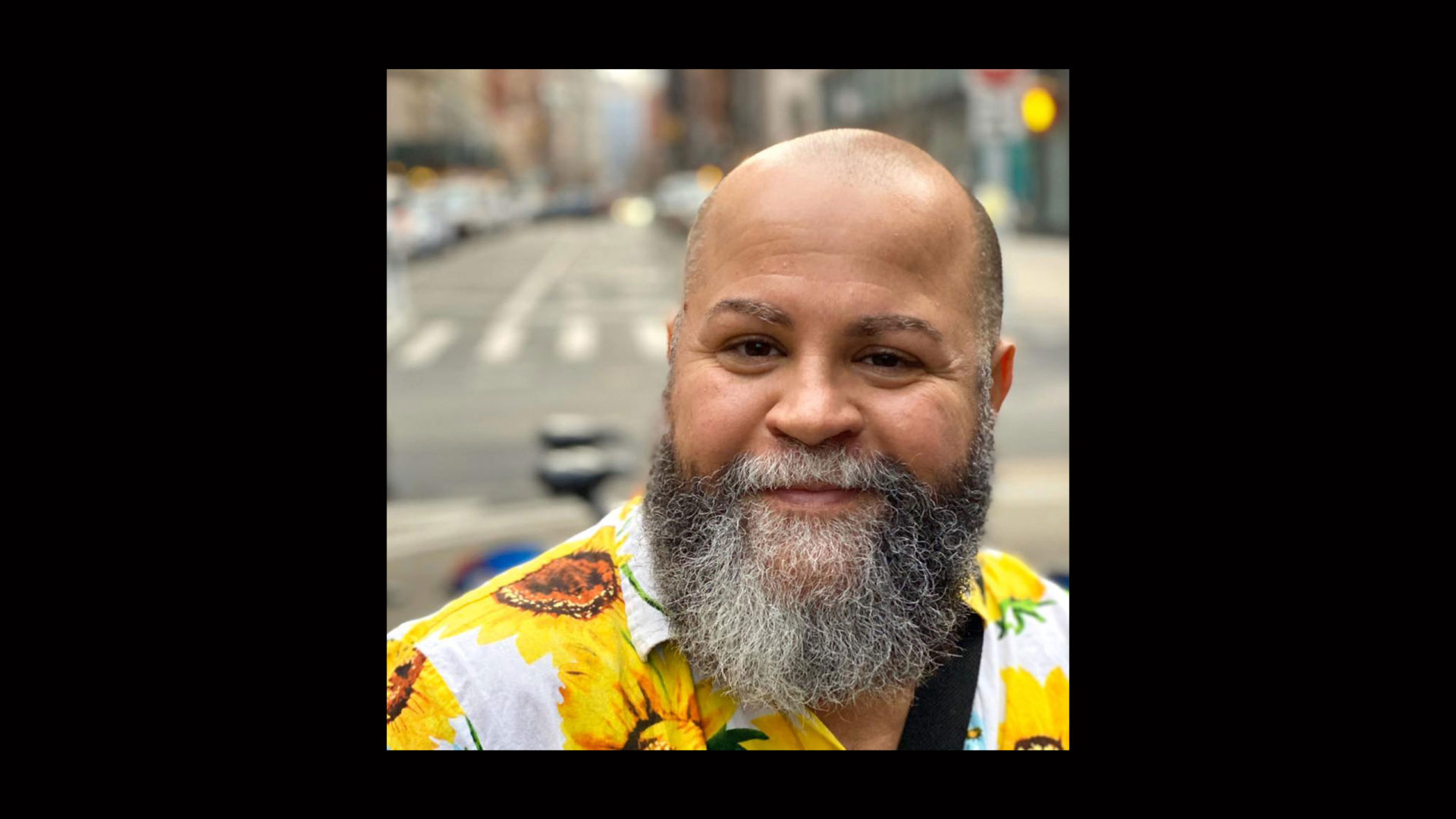