While the characters on our shows save lives on television, it’s not often that members of the Wolf Entertainment team…
Menu 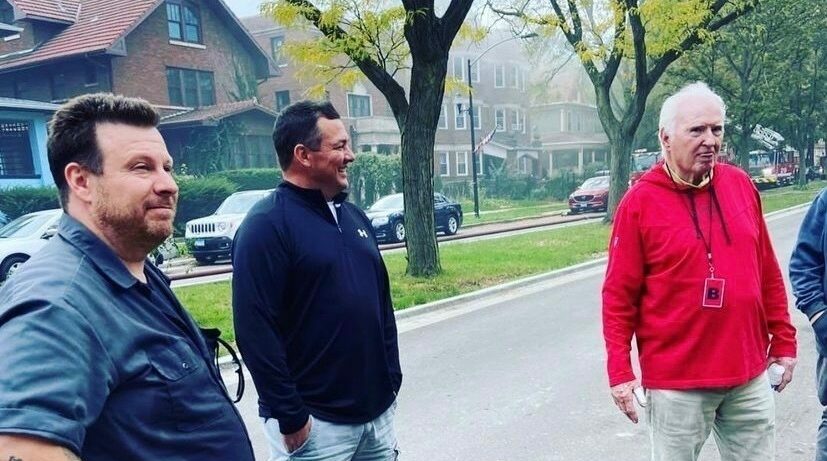 While the characters on our shows save lives on television, it’s not often that members of the Wolf Entertainment team save a life offscreen. During production on Chicago Med episode 708, “Just as a Snake Sheds its Skin,” Edward Freemon, a retired fire captain for Chicago who now works on the Chicago Med transportation team, noted something off–he smelled smoke.

Fellow crew members Pauli Bianco and Chris Sammarco, both rigging electricians, were caught off-guard when he voiced his concern. The specialty group of longtime, local contractors for Wolf Entertainment were preparing Chicago Med’s second set location for a regular day of filming. Before they could react, Ed was in motion.

“We call him ‘Fast Eddy’” said Pauli. “He starts walking down the block and across the street. We’re all like ‘Eddy where are you going buddy?’ We smelled it, but it’s Chicago. Who the hell knows? Then we saw smoke.”

A neighboring apartment building had caught fire in the back and was billowing smoke.

Unfazed, Ed asked, “are there kids in there?” Without a definitive answer, all three men knew what to do next. But the door to enter the building was locked. Once they gained access, the rest of the day was a blur of smoke and instinct.

“This 80 year old guy started going up the stairs,” recalled Pauli of Ed. “I can’t let him go by himself.”

“The smoke was getting real,” continued Ed. “I’ve been in a lot of fires. The smoke was getting real. You have to remember, we had no oxygen tanks. When we hit the third floor, nobody could see anything with the black smoke. Pauli would’ve made a great fireman. He’s got a lot of gumption. I’ve been in some spots where guys bailed out–in the old days when we didn’t have masks. You separated the men from the boys.”

Pauli described what happened next as surreal enough to resemble the plot of a movie– or rather, the plot of one of our own television series. “You hear, ‘Help! Help!’” There was a woman, roughly 65 years old, yelling in the doorway of a unit on the top floor –the church friend of an elderly woman living in the building. At 92 years old, the tenant was handicapped, unable to call for help, and couldn’t walk, requiring a wheelchair. In the second moment of sheer coincidence, her friend was there visiting, able to vocalize, when the trapped resident needed assistance most.

“Smoke lights up at 1200 degrees,” said Ed. “When my face started to burn from the heat, I knew the fire was coming right behind us. Pauli grabbed the woman, Chris took the wheelchair, and I took the second woman out. She had big glasses on. I’ll never forget it. She couldn’t see; she was screaming. I told her to calm down and just hold onto my hand. I told her to follow me down because it was time to get out of there. She had a death-grip on my hand. She black and blue’d my whole arm. Both people would’ve been dead there’s no doubt about it. They were too old, they couldn’t make it down the stairs.”

Chris checked the other unit. In a final signal to exit, fire flared into the hallway. Pauli, carrying the 92 year old, only remembered the smoke.

“If I could’ve seen it, I would’ve held my breath. I saw the eyes of this older woman and I thought, ‘We’re either both going or both staying. But as I turned around, with the woman on my shoulder, I just sucked it all in. Any small thing was life or death. I’m praying to God ‘Please don’t let me fall with her.’”

Jim Desantis, Rigging Electric’s generator operator, held the outermost door open. Light streamed in, guiding the three men to the exit. Ed Freemon, who was the first to run in, was the last man out of the building.

“We took the people across the street,” he said. “Truck 29 was coming in, and I told the lieutenant on the truck, ‘You need a line. The building is not occupied. Don’t even bother to go up there without a line.’ So they went back and started leading out. The third floor was fully charged. We almost died on the third floor. I know that for a fact.”

Pauli doesn’t think he would’ve been able to talk about that fall day if he were asked the
moment he, along with his crew-mates, safely left the building saving two lives.

“The taste and the smell,” he said. “It was almost mesmerizing. I’m getting choked up. It’s actually touching when I think about it. The right people were there at the right time. Somebody put us there. Something put us there.” 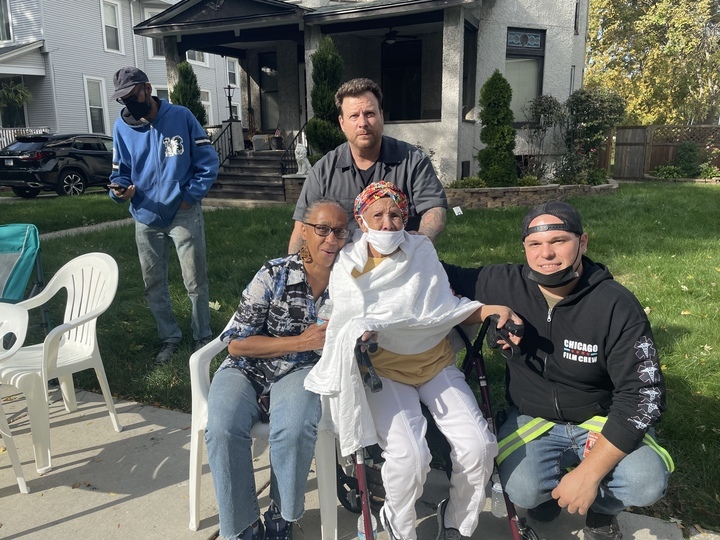 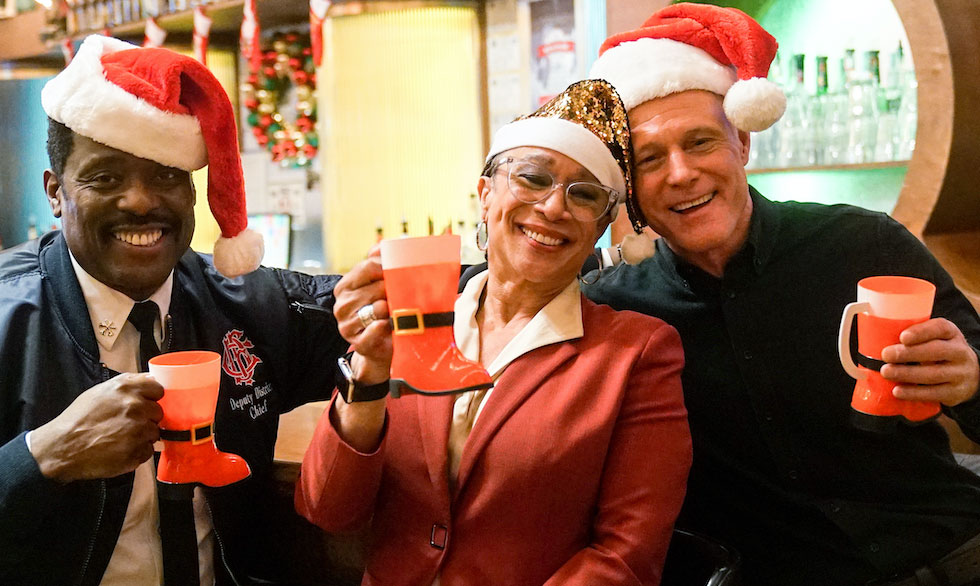 The “One Chicago” Holiday Cookbook